Yes it's true, before the release of the latest Nokia flagship the Lumia 925 there is already its successor in the pipeline, but because there is no official name for it at the moment we'll just refer to it as the Nokia EOS. 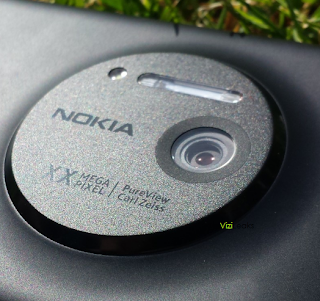 The Nokia EOS we have managed to get our hands on is big, black, and makes a bulge in our shorts when its in our pockets. It has a nice feel to it, solid, smooth, a bit weighty and we feel like the ultra hi-res snapper has a lot to do with this but we'll pick up in that area later. It feels cool and metallic, although not sure if it is actually metal or whether its a premium polycarbonate plastic, either way, it feels great in the hand. 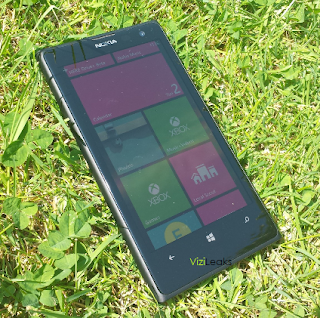 Looks wise, we reckon it looks similar to the rest of the Lumia line-up apart from the 'flagship' Lumia 925, from the front and sides people can even mistake it for a Lumia 920, until you turn it back just enough to see the raised camera, the main focus point of this phone. The button layout is also left pretty much the same, with the left side bare, and the right side lining up the volume rocker, power/lock, and the camera/shutter key. 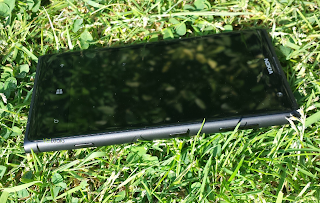 The top contains a micro-sim card tray(yes, because its a non-removable cover), 3.5mm headphone jack, and a noise cancellation microphone.

The bottom contains a drilled speaker grille, a micro USB socket, followed by a lanyard u-port. 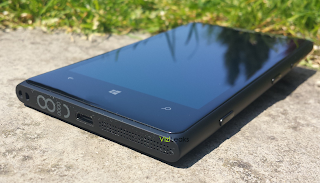 The back contains nothing but 2 little metal contacts for the wireless charging covers similar to how the Lumia 925 will have. And the main focus point; a massive camera with a short pulse red eye/led flash and a room filling xenon flash. The Camera is marked with XX Megapixel, however we don't think this is some new quirky marketing lingo, instead, its to further keep the phone specs undercover or they haven't decided how many megapixels to market it with yet; 33? 40? 41? 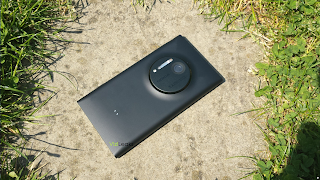 Now although we've managed to get our hands on one, the specs are still a bit of a mystery as we weren't allowed to connect it up to a PC and just got some snaps at our meeting with our insider, even going through the menu and settings, all the specs are hidden. We have got some screen shots of the software and settings page, but information may be omitted to protect our insider from getting traced, we know you guys will understand. The specs on the web do pretty much some this phone up, we believe GSMArena.com has the closest match to the specs.

More info will soon be posted here and our twitter page @vizileaks you can expect some screen shots and a new piece of software that gives you control of the camera's features to the fullest...also it wouldn't be fair to talk about the camera and not show you some true examples huh? ... stay tuned...

Update: Here is a sneak peak of the camera in action, you can see for sure it has optical focus and image stabilization...